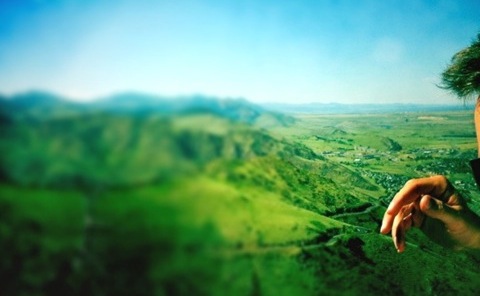 What Liberals Say: You Didn't Build It

If you heard any speaker from the Republican National Convention, you will recognize a common talking point: 'Obama doesn't believe small business owners are responsible for their own success.' As with many brief, catchy political gaffes, context has been omitted. When Obama made this misinterpreted statement, his implication was that there is a role for government, community and social services.

The sexy political trend as of late, is that any government is bad government. This simplistic belief is catching on, and it creates the misconception that inefficiency is an imbedded aspect of government. What Obama meant to accomplish in making this statement was that government has a role, and can benefit economic activity. Without public schooling, infrastructure, and financial assistance, the American Dream that so many people seek might never have been achieved. Government helped entrepreneurs achieve that dream, as business cannot be built off ambition alone.

Obama statement in context is as follows:

"If you were successful, somebody along the line gave you some help.  There was a great teacher somewhere in your life.  Somebody helped to create this unbelievable American system that we have that allowed you to thrive.  Somebody invested in roads and bridges.  If you’ve got a business -- you didn’t build that.  Somebody else made that happen.  The Internet didn’t get invented on its own.  Government research created the Internet so that all the companies could make money off the Internet. The point is, is that when we succeed, we succeed because of our individual initiative, but also because we do things together.... So we say to ourselves, ever since the founding of this country, you know what, there are some things we do better together.  That’s how we funded the GI Bill.  That’s how we created the middle class.  That’s how we built the Golden Gate Bridge or the Hoover Dam.  That’s how we invented the Internet.  That’s how we sent a man to the moon.  We rise or fall together as one nation and as one people, and that’s the reason I’m running for President -- because I still believe in that idea.  You’re not on your own, we’re in this together."


It is my hope that voters will understand the basic role which government plays in commerce. Obama's comments were not looking to undermine the enterprise of Americans, but instead to bridge the theoretical gap between business and government.
Posted by James at 7:31 PM No comments:

One of the most controversial political issues of 2012 has been the institution of voter ID laws in 30+ states. These laws vary by state, but generally require that voters show government issued identification at their polling location in order to receive a ballot, some states went so far as requiring a birth certificate or proof of citizenship, and many others prevented early voting. The Department of Justice (headed by Obama's appointee, Eric Holder) have filed injunctions in many states to prevent these laws from implementation before November; their reasoning being that it will suppress voter turn out, as many people lack the proper identification to vote. Proponents of voter ID laws explain that these basic requirements will prevent voter fraud; after all, it becomes more challenging to falsely vote on behalf of someone else when you are required to forge a picture ID. At face value, it seems that these voter prerequisites would make a positive impact in November. They indiscriminately prevent fraud and, they protect American democracy. So why are Democrats to upset about these state issued demands? In short, it suppresses voter turn out, it discourages new voters, and it disproportionately effects minority and lower-income voters.

This seemingly intuitive approach to protect the integrity of American Democracy is actually a thinly veiled attempt to deter Democratic votes. I believe that the integrity of American democracy is found in high voter turn out, not in stringent qualifications excluding Americans from participation in November. I think that these voter protection laws are put in place to repress Democratic voters, and are merely purported as protective measures. The intuitive measures to protect voting, are preventing a problem that does not exist. In the past decade, there were between 13-83 individual voter fraud cases, cases that Republicans are going to great lengths to bring down to zero. To employ the common illustration, Republicans are killing a fly with a bazooka, and discouraging democratic (small d) participation in the process.

This discouragement is unfortunate not only for the reason of voter disenfranchisement, but for the disparity among those disenfranchised. Of the over 20 million citizens without proper voter identification, 25% are black, 18% are between the ages of 18-24, another 18% are seniors, and 15% are making below 35K a year. Come November, these people wont be voting; not because they don't want to, but because they aren't able to. They did nothing wrong, and they never had an intention of committing voter fraud, but their right to vote is being stolen from them. These laws also are restricting potential voters, as the absence of early voting in many state will undoubtably decrease participation. In 2008, over 30% of votes were cast before election day. You don't need much political wisdom to predict lower participation rates in states without early voting.

I am upset about these Republican voter laws because they are politically motivated and are discouraging voter participation. Voter protection is not a controversial issue, nor is it a problem. Once voter fraud begins to plague our electoral process, we should deal with it. Until that time, let's not use the red haring of voter fraud to disenfranchise voters.
Posted by James at 8:59 PM No comments: